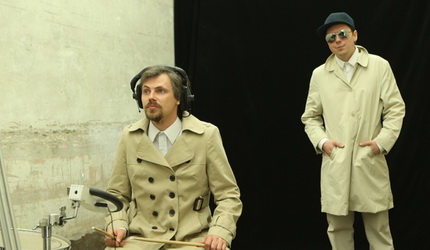 Tehnikums (lv – Electro Pop)
Synthpop duo Tehnikums are without doubt one of the best new Latvian electro bands around. Though the band members are not newcomers on Latvian music scene. Dagnis Neilands was a member of famous Latvian rock band The Mundane, while Kristaps Dubļāns played in underground bands Kušš and Mala. Tehnikums’ debut album sounds youthful, but at the same time its smooth melodies, freaky voice and well suited lyrics tell stories about two mature men who flirt with the idea of being an “amateur experiencing the world” in a smart way.

Both guys know how to make tuneful music and how to entertain public. One thing Tehnikums needs now is a crowd to appreciate their art. Fontaine Festival hope you can be part of that crowd.