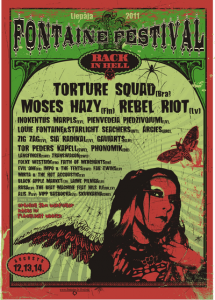 Over the years, the festival has been able to offer audiences world-renowned groups, such as The Bloodhound Gang, Ten Years After, Jimmy Cliff, Lance Lopez, Sham 69, Torture Squad, homegrown band Skyforger and many others.

This year’s festival was entitled “Back in Hell” and musicians will be performing on a total of six stages. The festival main stage, was the “Gypsy Camp” in the courtyard, which holds up to 3,500 people. Two stages were provided t the club “Fontaine Palace” and the music was also played the “FireBar” and “PrisonBar“. New – The “Acropolis” stage was set up next to “Fontaine Palace” and through the nights, musicians and groups jammed until the early hours. Performance were filmed and recorded for later release on disc. 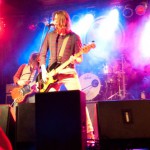 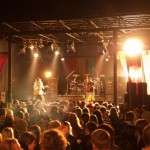 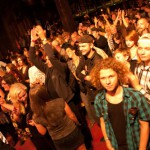 Check out the photo galleries from all our past events …here